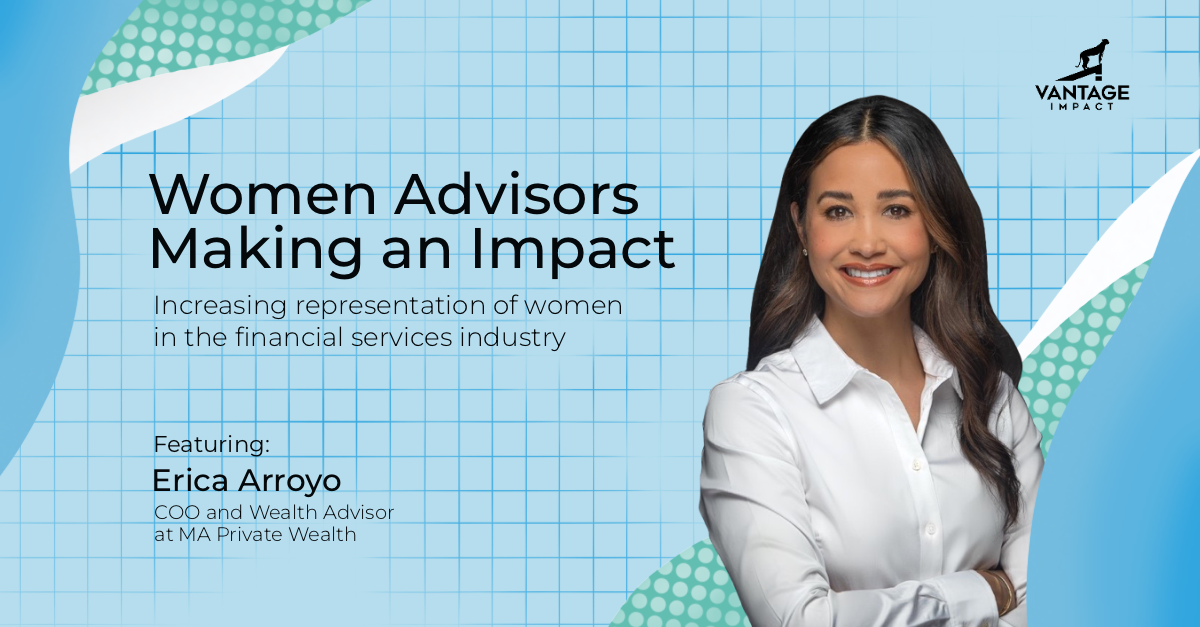 Four years ago, Erica Arroyo helped lead her team through arguably the biggest, most important transition of their careers: forming an independent RIA.

Formally Miller and Associates, the small team decided to break away from their broker-dealer in 2018 after doing their due diligence and determining that the landscape of their current broker-dealer was no longer in the best interest of their clients. It was a challenging decision, Arroyo says.

“We were comfortable, tucked into our [independent broker-dealer (IBD)]. It was a plug and play,” Arroyo explains. The technology stack, compliance, and marketing were all in-house, and they knew it would create some discomfort if they disrupted that environment.

“But our motivator for change was bigger than the discomfort and uncertainty of change,” Arroyo says. Cost of business was going up, and that was trickling down to clients in a way they could no longer justify. Further, they wanted to do what was right for their clients.

“A lot of people call themselves fiduciaries,” she says, noting the water is muddy in that category. “In an IBD world, you’re still being incentivized to place proprietary products with clients; their portfolio is oftentimes built with company funds. There are products that are being incentivized to be sold to clients which can contain high embedded fees, and those are not necessarily what’s in the best interest of clients.”

Wanting to be true fiduciaries was a huge motivating factor, and they ultimately decided to become independent and form MA Private Wealth.

The first day of the transition was emotional and fast paced, as was the month following, Arroyo explains.

“The emotion behind all of it was excitement,” she says. “As we started to reach out to clients and communicate to them that we had made the move and the reasons why, and the long-term benefits for them—clients were on board. We had strong relationships with them going into the move, so we had something like a 98-99% conversion from our IBD over to the independent world.

“We are here, going into our fifth year, just super happy we made that decision,” Arroyo says.

Arroyo, who played a huge role in launching the RIA while also advising clients, is no stranger to taking on a breadth of responsibilities. It is evident that throughout her career,  she has found the right balance of leading internal growth and building client relationships. She started her career in a client service and operations capacity, growing teams and launching branch offices, before starting down the path of becoming a financial advisor herself.

“In those team environments, you wear a ton of hats,” Arroyo says of her work at her first firm, splitting time as a financial advisor and director of operations. When she moved over to Miller and Associates, she joined the team as an advisor, but her leadership qualities were evident immediately. She began taking on operations responsibilities, building up the team and preparing for growth—ultimately helping launch them into independence, and again balancing the dual roles with ease.

“To me there are different optics to each of those roles, but fundamentally they are both leadership positions,” Arroyo explains. “With clients, I am providing them advice and guidance, and simplifying complex strategies for them.”

“And with our team, it’s the same thing. It’s having that high level overview on where we’re taking the business and what needs to happen, and providing good leadership and creating positive opportunities for them.”

Today, Arroyo leads the way as an advisor as well as the COO at MA Private Wealth—one of few women in a leadership role in the industry.

“Being in the business for quite some time, it has been very challenging to find mentorship,” Arroyo says. She is happy to see more women joining the industry and whole-heartedly invites them to be a part of it.

“Women can offer a different perspective,” she says. “A primary factor of the role of a financial advisor is trust and connection, and I think women oftentimes excel in that area. In fact, I believe the ability to provide sound and intelligent financial advice is not gendered, and I look forward to the continued evolution of our industry for more representation in all positions.”

Arroyo says she has attended financial conferences where she is only one of a handful of women in a group of a few thousand men. Even more rare is when a woman presents or facilitates at these conferences, and Arroyo hopes that changes. She says she always tells the women she meets through mentorship or through building out her own team that they are needed in the industry.

“I think our industry is definitely behind the times,” she says. Inviting women to be at the forefront of financial conversations, both from a leadership perspective and also when working with clients, is a step in the right direction.

Arroyo remembers a time when financial advisors predominantly consulted with only the male counterpart when working with a couple, but notes that in reality, women are a huge part of financial decisions and many times are the sole decision-maker.

“[Women] need to be invited to be a part of that conversation, and they deserve to have high-quality guidance, because there are economic factors that affect women and other non-male genders in unique ways,” Arroyo says.

Arroyo says a true fiduciary advisor—regardless of gender—is a great asset. As people navigate the different stages of life, there are so many important things to consider in order to make smart financial decisions, she says, from tax planning, estate planning, investment management, and more.

“Our clients are smart. They understand financial concepts very well, but the strategies and decision making can be very complex,” Arroyo says. “We take all of that information, through every step of their life, and we simplify it for them so the vision becomes clear and the decisions get easy.”

It’s clear from talking with Arroyo that she’s proud to lead her clients and her own team through positive change, both of which have made financial advising a meaningful career.

For other advisors considering making a change like forming their own RIA, Arroyo recommends they do their homework with where they’re currently working.

“Are you doing what’s in the best interest of your clients? If the answer is foggy, or if the answer is no, it’s worth doing a little bit of soul searching to determine if you should make a move,” Arroyo says, adding that advisors should ask themselves what conflicts of interest they may have relating to their firm’s service offerings—and whether they are detrimental to clients.

Additionally, Arroyo recommends advisors look into their compensation and fee structure at their current firm. In many cases, advisors are actually leaving compensation on the table by staying where they are at, she says. They will also need to understand the contracts they have in place with their current firm before making any changes. There are specific steps that need to be taken to ensure they are exiting in a compliant manner.

Finally, the advisor should consider how they envision the future of their career, Arroyo says.

“It is a temporary discomfort to make the move in order to do what’s right.”